Letter Hunt is a great TEFL game which helps with spelling, vocabulary and – of course – the alphabet. It needs no preparation and can be played in a variety of ways.

The first time you play this, it’s better to demonstrate to the whole class. Later they can play the game in small groups.

Call a good student to the front of the class and give them a small slip of paper. Ask them to write – secretly – a single letter on the piece of paper. Without looking, take the paper and put it in the middle of your desk with your cup or something on top of it so it won’t blow away and no one can see the letter.

For the purposes of this explanation, let’s assume the student has written the letter K on the paper.

Ask the student if the letter is in the word HEAVY. The student says, “No” so you write HEAVY in the IT’S NOT IN… column.

Ask the student if the letter is in the word BLOCK. The student says, “Yes” so you write BLOCK in the IT’S IN… column. 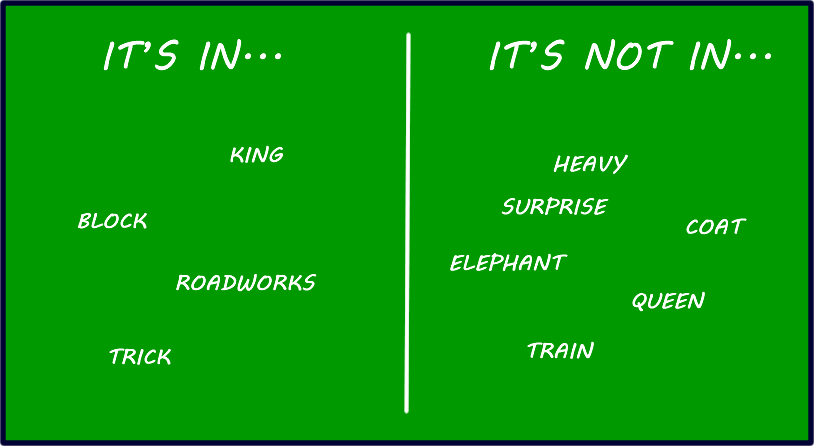 Variations on a Theme

Once your class is familiar with the game you can start bringing in variations.