Coca-Cola is to test a paper bottle as part of a longer-term bid to eliminate plastic from its packaging entirely.

The prototype is made by a Danish company from an extra-strong paper shell that still contains a thin plastic liner.

But the goal is to create a 100% recyclable, plastic-free bottle capable of preventing gas escaping from carbonated drinks.

The barrier must also ensure no fibers flake off into the liquid.

That would pose a risk of altering the taste of the drink – or potentially fall foul of health and safety checks.

But industry giants are backing the plan. Coca-Cola, for example, has set a goal of producing zero waste by 2030.

Coca-Cola was ranked the world’s number one plastic polluter by charity group Break Free From Plastic last year, closely followed by other drink-producers Pepsi and Nestle. 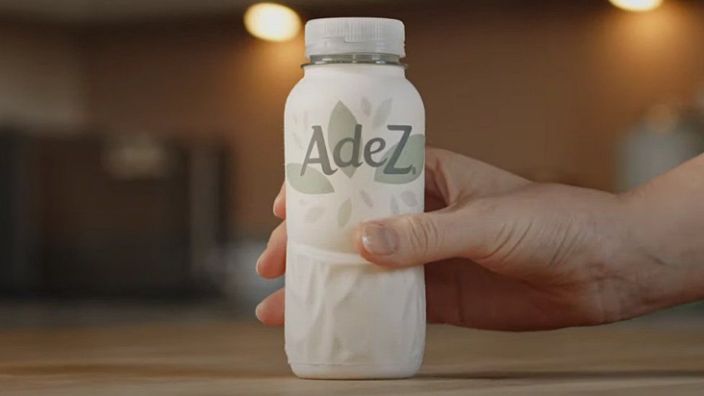 Under pressure
The Paper Bottle Company, or Paboco, is the Danish firm behind development of the paper-based container.

Part of the challenge has been to create a structure capable of withstanding the forces exerted by fizzy drinks – such as cola and beer – which are bottled under pressure.

On top of that, the paper needs to be moldable, to create distinct bottle shapes and sizes for different brands, and take ink for printing their labels.

After more than seven years of lab work, the firm is now ready to host a trial in Hungary this summer of Coca-Cola’s fruit drink Adez. Initially, this will involve 2,000 bottles distributed via a local retail chain.

But it is also working with others.

Absolut, the vodka-maker, is due to test 2,000 paper bottles of it own in the UK and Sweden of its pre-mixed, carbonated raspberry drink.

And beer company Carlsberg is also building prototypes of a paper beer bottle.

Zero plastic
Michael Michelsen, the firm’s commercial manager, says the bottles are formed out of a single piece of paper-fiber-based material to give them strength.

“That’s part of the secret really,” he explained, adding that molding a single object – rather than relying on joins – ensured the bonds between the fibres stayed robust.

“With a clever combination of product design and the strong fiber blend, that’s what makes it really possible to not break under pressure.”

Coca-Cola and Absolut’s trials will be the first real-world test of whether the technology holds up to the rough-and-tumble logistics of food transport.

Paper bottles at the filling plant, moving along rollers on the assembly plan

“We have a good understanding already of what the bottle will go through as we put it into the real world. But there is a certain point where you just can’t design yourself out of this at a desk, right?

But even if the tests go flawlessly, the real challenge lies in getting rid of plastic altogether.

Because the paper cannot come into direct contact with liquids, the plan is to use a plant-based coating on the inside of the bottle.

“It’s going to be a bio-based barrier, that’s really something minimal, that keeps that food safe, that keeps the product safe at the same time,” Mr Michelsen said.

“We have a couple of different options… we have the technology path pretty much chosen, but it is something that we definitely need to pilot and prototype.”

For now, one of the benefits of using a plastic screw top is that the prototypes can be used on existing production lines.

But in time they will need to be adapted for an all-paper cap.

Long-lasting
Even if these tests go well, paper bottles will be “a niche product for a while yet”, according to Fin Slater, digital editor at Packaging Europe magazine.

“Paper bottles are really exciting for packaging innovation geeks like us, but pilot concepts like this have been knocking around for a few years without taking off in a big way,” he explained.

Plastic bottles are embedded in the industry, and in many countries, are widely recycled, he said.

Plastic bottles
Many discarded plastic bottles are collected and recycled
“Scaling up to replace that infrastructure is a huge challenge.”

And there’s a cost issue. Plastic bottles are cheap and effective – “another reason why the paper bottle is likely to be used in added-value niche applications at the start”.

But Tetra Pak – which you may know as the paper-and-plastic carton that milk and juices often come in – managed to pull off a similar feat in the mid-20th Century.

“There’s always competition on sustainability credentials, but this is a healthy thing,” Mr. Slater said.

“Each sustainable innovation not only pushes the boundaries in relation to that particular packaging material, but increases the pressure on other materials to drive up recyclability, and drive down carbon footprints.”