Quaker Oats has announced the new name for its “Aunt Jemima” products in response to criticism that was levied at the brand for featuring a racist stereotype of a Black woman.

The name “Aunt Jemima” and the picture of a Black woman shown on the packaging, based on a former slave named Nancy Green, will be replaced with the name “Pearl Milling Company” and what appears to be a picture of a 19th century water mill, per news reports. 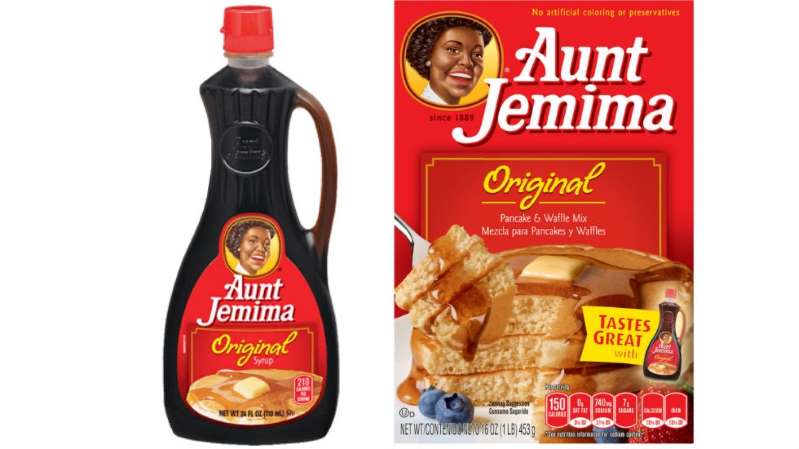 The new brand is expected to launch in June, one year after Quaker Foods announced the rebranding of “Aunt Jemima” in the midst of Black Lives Matter protests calling for an end to racial inequality.

“We are starting a new day with Pearl Milling Company,” a spokesperson for PepsiCo, Quaker Oats’ parent company, told reporters. “A new day rooted in the brand’s historic beginnings and its mission to create moments that matter at the breakfast table.”

As per news reports, the Pearl Milling Company, the company that would later be known as “Aunt Jemima,” was started in the late 1800’s and was responsible for creating the original ready-made pancake mix.

Founder of the company, Chris L. Rutt, took the name from a minstrel song titled “Old Aunt Jemima” in which performers wore aprons and wore bandana headbands, as per news reports.

“While the Aunt Jemima brand was updated over the years in a manner intended to remove racial stereotypes, it has not progressed enough to appropriately reflect the dignity, respect and warmth that we stand for today,” the PepsiCo spokesperson said.

As reporters notes, other brands like Uncle Ben’s, Cream of Wheat and Mrs. Butterworth’s also announced rebrands to shift away from history rooted in slavery and racist Black caricatures. 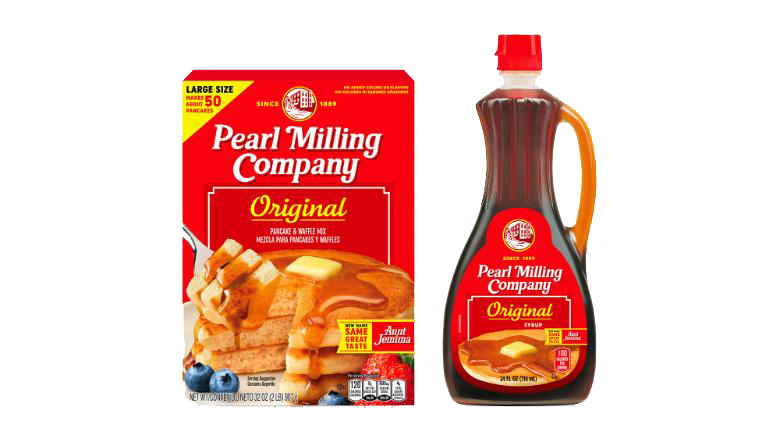 The Story Behind ‘Pearl Milling Company’

The Pearl Milling Company was the late-19th-century business that created the original ready-made pancake mix, according to PepsiCo. It was founded in 1888 by Chris L. Rutt.

Rutt named the original company after “Old Aunt Jemima,” an 1875 song from a minstrel show that featured performers in blackface who wore aprons and bandana headbands.

The new Pearl Milling Company brand logo replaces the Aunt Jemima image with what appears to be a 19th century watermill, where flour was ground at the time. The new logo’s red, white and yellow color scheme matches the colors that were used on Aunt Jemima’s packaging.

“This name is a nod to where our delicious products began before becoming a family-favorite breakfast staple,” PepsiCo said of its new Pearl Milling Company branding. “While the Aunt Jemima brand was updated over the years in a manner intended to remove racial stereotypes, it has not progressed enough to appropriately reflect the dignity, respect and warmth that we stand for today.”

PepsiCo said it conducted extensive market research to come up with its new brand name.

“Quaker worked with consumers, employees, external cultural and subject-matter experts, and diverse agency partners to gather broad perspectives and ensure the new brand was developed with inclusivity in mind,” the company said.

News of Aunt Jemima’s rebranding in June started a domino effect among food brands with racist or otherwise controversial mascots. Within hours of the announcement, the Mars food company announced it would do away with the brand name and logo for Uncle Ben’s rice, eventually rebranding itself as Ben’s Original.

Conagra-owned syrup maker Mrs. Butterworth’s, whose humanoid bottle shape looks like a woman of color when filled with maple syrup, announced they were changing the brand’s name on the same day. And one day later, Cream of Wheat’s parent, B&G Foods, said it was doing away with its Black chef logo, which was based on a dim-witted, blackface minstrel show caricature seen in early 20th century Cream of Wheat ads.

PepsiCo said Pearl Milling Company will also announce an annual $1 million commitment to empower and uplift Black girls and women in the coming weeks. This investment is in addition to PepsiCo’s $400 million, five-year commitment to advance and uplift the Black community, the company said.

Pearl Milling is inviting the public to visit its website and nominate nonprofit organizations for an opportunity to receive grants to further that mission.

“The commitment we’re making is a reflection of our broader PepsiCo values of diversity and inclusion and support of the Black community,” PepsiCo said.

How will the public react?

It’s tough to gauge the reaction to Aunt Jemima’s new branding, said Apex Marketing Group president Eric Smallwood, who says the reception for the new branding will depend on Pepsi’s rollout plan.

“It’s a little different because you’re changing the name of a brand,” he said after previewing an image of the trademarked logo. “If you just saw it by itself, you’d have no idea it was Aunt Jemima, which had its tie longstanding with pancakes and pancake mix. This doesn’t.”

“The name has craft and artesian imagery, a key for success in the food category,” he said. “It is also importantly authentic, as it was the product’s original name. Younger consumers are keenly interested in authenticity.”

Howard University Afro-American Studies professor Greg Carr says it appears PepsiCo is trying to strike a balance between continuing to market a popular product while scrubbing every vestige of racism from that product’s new branding.

“In a way, a change to Pearl Milling Company could be interpreted as a form of corporate mea culpa for an original sin it did not commit,” Carr told reporters. But, he added, “the market will ultimately determine whether this will be a win for PepsiCo.”